This is a topic that comes up often in my office. Many people have heard rumors of studies that have shown that hearing loss is linked to Alzheimer’s disease and they have lots of questions for me. What I want to share with you today is my own experience with my Alzheimer’s patients and how I see hearing aids making an impact on Alzheimer’s disease.

A study out of Johns Hopkins found that patients with hearing loss had more brain atrophy (shrinkage) over time than their normal hearing counterparts. When you think about atrophy of muscles, this makes logical sense. In highschool, I remember a friend tore some ligaments in her knee and had to be on crutches for an extended period of time.

She was a sprinter with the large quads and glutes that provide that type of runner with the power to pop off the starting line and move quickly. When she finally got back to practice a few months later, she showed me how the size of her leg had changed. Wow! It was astounding how much her “bum leg” had shrunk in comparison to her other, muscular leg. This is where the concept of “if you don’t use it, you lose it” comes from as it relates to your hearing.

“If you want to address hearing loss well,” Dr. Lin says, “you want to do it sooner rather than later. If hearing loss is potentially contributing to these differences we’re seeing on MRI, you want to treat it before these brain structural changes take place.”

Imagine having a conversation with your neighbor, your daughter, your spouse, and catching most of what they say, but misunderstanding just a couple of words. Depending on the sentence, you may or may not get the whole jist of what they are saying. Sometimes you ask them to repeat…sometimes you are embarrassed or too tired to ask again.

It happens so often that you have gotten pretty good at just faking that you understood or that you just weren’t that interested in what they were saying. It is easier to just nod in agreement, hoping that they didn’t ask you a more detailed question. Over time, you feel left out and dejected more and more often. Over time, your friend feels like you don’t care enough to be engaged with them. This is where people with hearing loss (even mild), start to become isolated, depressed, and overall not mentally engaged in their interpersonal relationships.

We regularly hear that staying mentally active could help to stave off cognitive decline, and so crossword puzzles and sudoku games are widely encouraged. How much more important is it for our loved ones to stay mentally engaged with family and friends!? Preliminary research suggests that treating hearing loss sooner, rather than later, has a positive impact on the preservation of the understanding of speech. For more information on this topic specifically, take a look at Auditory Deprivation.

I’ll make an aside here, that it is also very common for family to be concerned that a patient is having cognitive difficulty, but once they are fit with hearing aids, they realize that it was their hearing all along! Where did they tell us to meet them? What type of job interview did Johnny have last week? It is entirely possible that they didn’t forget the answer, they just never truly heard it.

I was proud to walk with friends and family at the #WalkToEndALZ in Charlotte, NC 2015. If you would like to donate to this worthy cause just follow the link: Donate to Cure Alzheimer’s Disease

2 thoughts on “Hearing Loss is Linked to Alzheimer’s Disease” 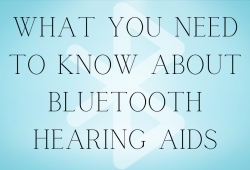 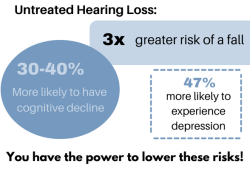 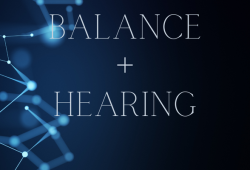